If you were to travel to the United Kingdom via a train with a dining car, a cruise ship or a passenger ferry operated by a British company, chances are you will find the full English breakfast being served by the kitchen in the morning, its something that I always remember looking forward to after trips to France when I was a child. When the British travel, we like to take the our traditions with us.

The very first meal to be served on a train was in 1874, when the Midland Rail Service started to add Pullman dining cars to their long distance train services, in 1879 the Great Northern Railway famously fitted out a wonderfully splendid Pullman car called the 'Prince of Wales' as a full service dining car, which served meals that were cooked and prepared en route for hungry travelers.

It is not known if the Prince of Wales himself enjoyed an English breakfast when he used the train named after him, but rumour has it that he did and thought it a fantastic experience.

In the early 1900's (the Edwardian period), the Edwardians spared no expense on creating the most luxurious and elegant train dining cars they could, so that they could enjoy a fine dining experience whilst on the move. In his book 'The Railway Car', Geoffrey Kichenside describes their interiors.

"Damasks were used for curtains or blinds, seats were covered in leather, attractive floral printed material, or velvet; walnut, stained wood or other timbers were used for interior panelling, some of which was often skillfully figured or engraved." 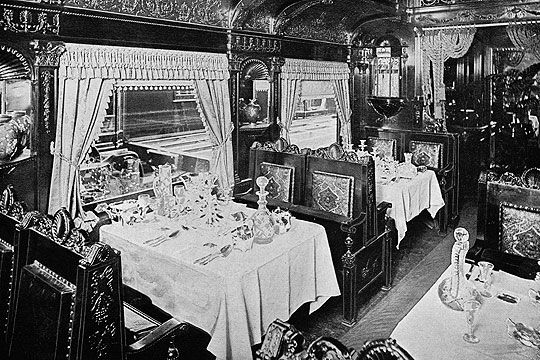 Before long it was common to see a dining car on most long distance rail services, but in 1910 when the Metropolitan Railway introduced a dining car service on all of their rush hour trains, suddenly a commuter heading into work was able to eat an English breakfast in the morning whilst traveling on the train into Hertford and I like to think that they really appreciated this. When I used to commute into Hertford, I would have loved a fry up whilst scenic North Hertford whistled by.

The price of three course breakfast in their dining car service, which included kippers or fried fish, followed by bacon, eggs and a grilled sausage with the usual side of toast, butter and marmalade represented tremendous value for money, it cost 3/6d (roughly £9.99 in todays money, from 1910 right up until the start of the Second world war. 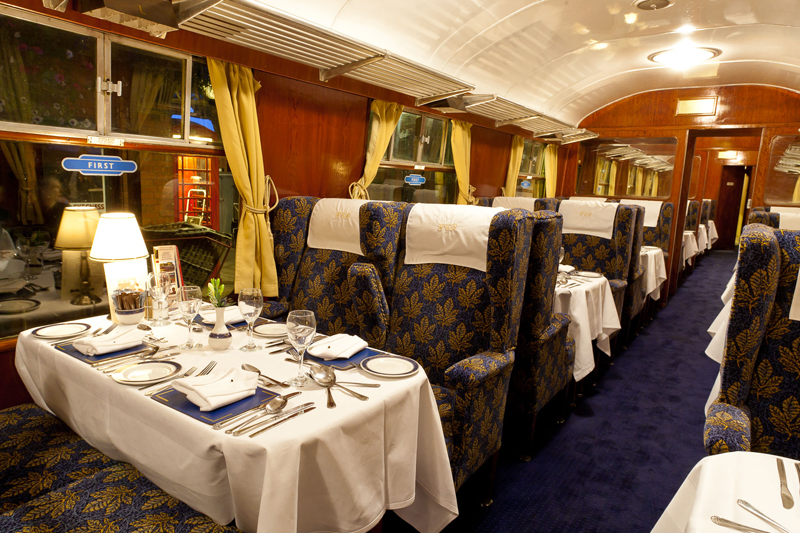 The British became mildly obsessed with the idea of eating an English breakfast in a trains dining car. Paul Jennings, a travel writer in 1962, writing in The Observer noted that the British had more dining cars on their railway services than France, Belgium, Italy, Spain, Germany, Scandinavia, the Netherlands and Luxembourg put together !

Good old British Rail has not existed since the late 1980's when the government began to privatize our National rail service, but back then you could buy a full English Breakfast on mosy of their Inter-City train services and judging by the menu, it was a full breakfast in every sense. British Rail didnt mess around when it came to the traditional full English breakfast.

After you had eaten your cereal or porridge and drank your fruit juice, your breakfast containing two rashers of bacon, two sausages, a fried egg, mushrooms, tomato, sauté potatoes and fried bread, you also had a choice of toast, croissants, French toast, bread rolls and a selection of jams and marmalade, with fresh coffee or tea to wash it all down. 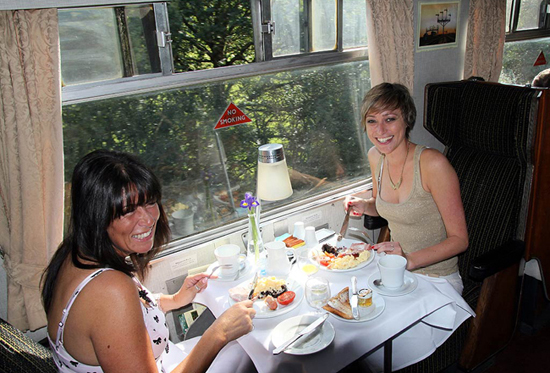 Even today the full English breakfast is still widely available on British train services, ferries and passenger boats, if you travel overseas by ferry a lot, its something you really appreciate when on your way home, nothing tells you that Great Britain is approaching quite like a full English breakfast.

Back in the 19th century the British merchant navies exported the tradition of a full English breakfast to the four corners of the earth and on their ships plying the worlds oceans, the tradition of a fry up in the morning on ships, especially when refrigeration came along and made it easier to store the ingredients for longer periods, but that's another story.